The 10 Best Harley Quinn Comic Book Stories, According to Reddit 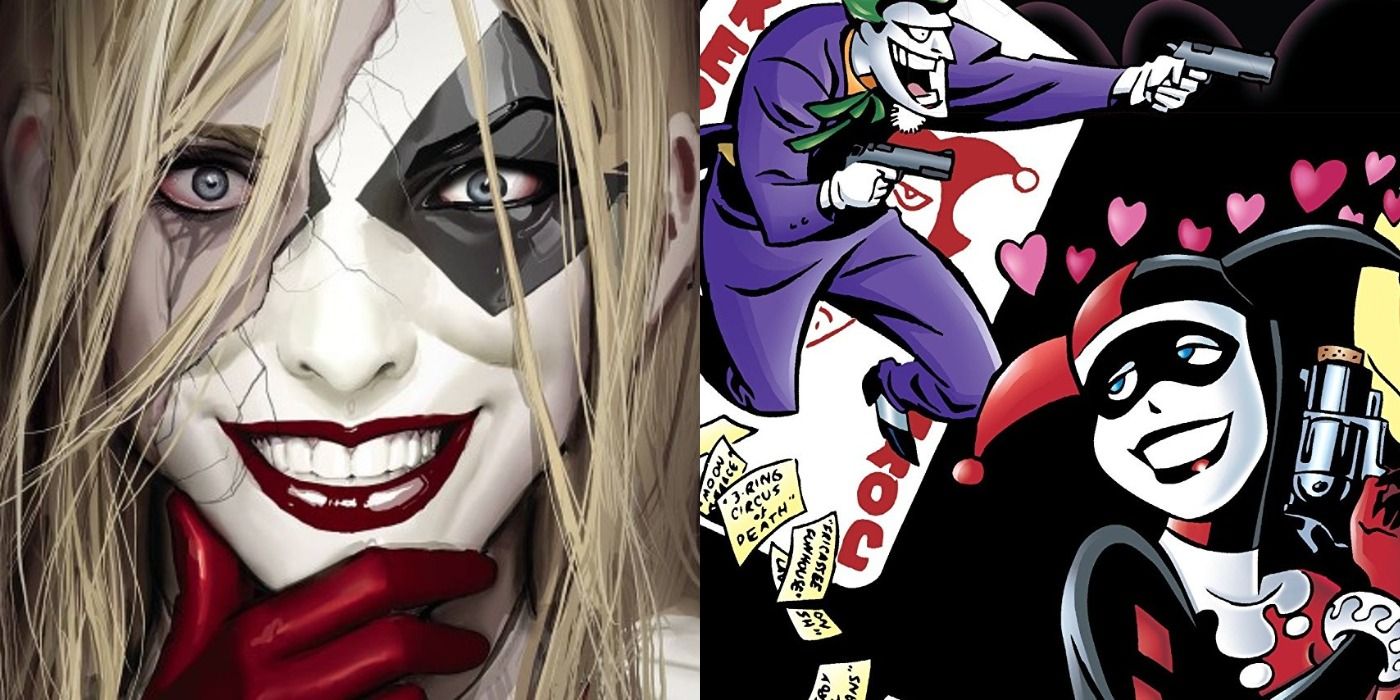 Harley Quinn became incredibly popular after Margot Robbie portrayed the character in Suicide Squad, but before this version of the character, she had a long history in comics and animated series. Unlike many other popular comic book characters, Harley Quinn wasn’t even created in a comic book.

Harley Quinn’s very first appearance was in Batman: The Animated Series as the Joker’s sidekick. Many fans loved the character and since then she has been introduced in the comics and has become a classic Batman villain. She’s become a staple of the Gotham-verse in shows, comics, games, and now even movies. There is a lot of harley quinn comics to enter, but Reddit users have given their opinion on the best ones.

Harleen follows Harley Quinn during her days as a psychiatrist at Arkham Asylum. This comic is a rewrite of his origin story and shows how working at the asylum slowly led to his madness, and it also shows the beginning of his relationship with the Joker.

Reddit user Harleys_ commented: “Harleen is considered the best retelling of its origin story and is something of a character study. If you only read one comic, make sure it’s this one.” Harleen is also mentioned by many other uses on different forums asking for the best Harley Quinn stories, so this is sure to be a good story.

Gotham City Sirens follows Harley Quinn, Catwoman and Poison Ivy as the trio discover how to work together to get everything they want in Gotham City. Each of the three are also recovering from past traumas, and Harley is still very much in love with the Joker in this story.

Reddit user Harleys_ commented Gotham City Sirens, “The first arc written by Paul Dini (its creator) is a must read and the final arc too.” Considering Gotham City Sirens follows some of the best Batman comic book villains with Harley Quinn included, it’s no surprise that many fans mentioned this one on Reddit.

hot in the city is the first volume of his solo series for the New 52. After completing some work for the suicide squad, Harley Quinn decides she needs a fresh start. Harley starts looking for a new job, joins a roller derby team and embarks on new adventures in hot in the city.

Redditor Winter_Coyote discussed the New 52 series, “It’s really fun. It starts with Harley right after she split from the Joker. The roller derby for the movie comes from this series.” It’s easy to see why this would be a popular story. Harley Quinn was one of the best sidekicks in DC comics, but it looks like she’s really becoming her own person in the New 52 run.

Batman: No Man’s Land follows Batman and his villains after a massive earthquake destroys Gotham City. After the earthquake, Gotham was closed to the rest of the world and many of Gotham’s villains started a turf war to take over the streets of Gotham.

Reddit user jurassicbond commented, “She was introduced to the main sequel about halfway through the Batman: No Man’s Land event and is featured fairly regularly throughout it.” Even though Harley Quinn is a character who first appeared in Batman: The Animated Series, No Man’s Land did a great job of introducing his character to the comics, which makes this essential reading.

Crazy Love is Harley Quinn’s true origin story in DC Comics, which follows her as she falls in love with the Joker and even shows the true nature of their toxic relationship. Crazy Love shows Harley Quinn as she was meant to be, as a true villain with virtually no redeeming factor.

Redditor thevulcansuperhero expressed his love for Crazy Love“It’s easily one of the best Batman books ever written, and that defines the character of Harley.” One of the reasons why Crazy Love is so awesome maybe because the creator of Harley Quinn for Batman: The Animated SeriesPaul Dini, also wrote Crazy Love.

Harley’s Little Black Book follows Harley Quinn on more silly adventures as she teams up with different superheroes in an effort to eventually become Wonder Woman’s sidekick. She often annoys each hero and finds herself in very goofy situations.

Broken glass follows teenage Harley Quinn in an alternate universe, living in an apartment above a cabaret after her parents divorce. Harley Quinn gets upset about the neighborhood’s gentrification and must choose whether to team up with Poison Ivy or the Joker to make a difference in Gotham.

Reddit user JustALittleWeird mentioned, “Harley Quinn: Breaking Glass has a lot more sociopolitical commentary, a reimagining of her as a teenager, but still fun and worth checking out if you like the character and love young adult stories.”

No good deed follows Harley Quinn as she returns to Gotham, once again trying to start a new life as a hero. Following the events of The joker warHarley decides to help fix Gotham City and those affected by what happened.

Redditor Harleys_ commented, “(This is) her current run where she plays a big part in Gotham again. IMO this arc is setting up for a change in her character arc which is exciting.” Harley Quinn has a long and sometimes problematic history, but No good deed does a good job of redeeming the character, while keeping his wild personality.

2 Suicide Squad: Kick in the Teeth

After the Suicide Squad are arrested for their crimes, each member of the team faces interrogation to reveal who was the mastermind behind their plans. Each member must escape their imprisonment, while avoiding collapsing and revealing the truth.

JGarrickFlash briefly suggested suicide squadcommenting”Suicide Squad: Kick in the Teeth is a good start.” For those new to both harley quinn and the suicide squad, Kick in the teeth is the perfect comic to pick up, as it introduces new readers suicide squad facts that only comic book fans would know.

Batman: Harley and Ivy follow the duo as they decide to finally defeat Batman. Harley Quinn must influence Poison Ivy to team up with her by convincing her that she is capable of being a great villain. Harley and Ivy are just as comical as they are fun and adventurous.

Many Reddit users praised the Harley and ivy miniseries, with many users mentioning it as one of their favorite Harley Quinn stories. There are no surprises here since Harley Quinn and Poison Ivy have a lot of history and have one of the best relationships ever. Batman comics.

NEXT: 10 DC Comics That Make You Sympathize With The Villain