The 6 Best Manga Apps for Android and iOS 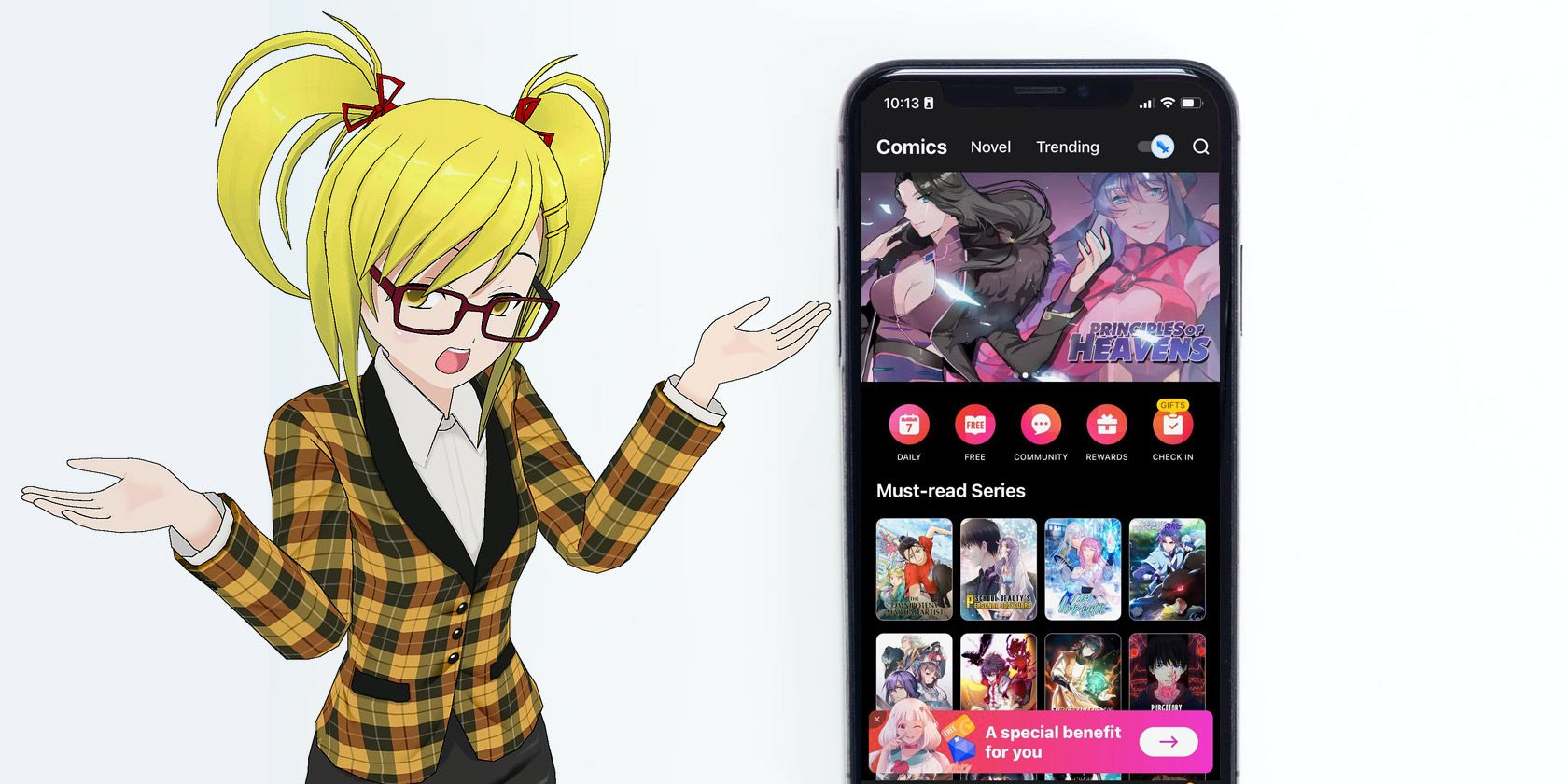 Download a manga app for your phone and you can easily have all your favorite manga in your pocket. You can start reading where you left off, anywhere and anytime, and be entertained with the best manga.

Of course, you need to have the right manga reader. That’s why we’ve put together this list of the best manga apps for Android and iOS.

USE VIDEO OF THE DAY

If you are an anime fan, surely you have heard of Crunchyroll. It’s just one of the best streaming services out there, even if you compare Crunchyroll to Funimation, another popular anime streaming service. And, believe it or not, the platform also offers another application dedicated to manga only.

If you’re already a subscriber, you’ll love Crunchyroll Manga. There’s a huge library of the best manga available, and you’ll have it all at your fingertips. The app could probably use a fresh coat of paint, but the manga is still top-notch.

If you are looking for a smooth reading experience, free manga chapters, and a huge library with the best and latest manga, VIZ Manga might be the right app for you.

VIZ Manga has a ton of genres and manga to choose from. There’s even a manga based on Disney’s Cruella, so it’s pretty easy to find something unique and fun.

Comics & Manga by Comixology is the perfect app for people who love manga and comics. With a library of over 100,000 graphic novels and manga, you know you’ll find whatever you’re looking for, whether it’s Batman or Naruto.

Moreover, if you are looking for one of the best comic readers for Windows or Mac, you can also access Comics & Manga by Comixology from your web browser if you want to read comics from your computer.

While it’s true that Comics & Manga by Comixology is an app where you’ll mostly find comics, it still has a decent library with plenty of the most popular manga titles. You can find popular titles like Fairy Tail, Dragon Ball, and One Piece. Or you can expand your wishlist by finding a new hidden gem in the app library.

Granted, not everyone is a fan of Comics & Manga by Comixology, but it still offers a solid library of the world’s most popular titles. But if that’s still not your cup of tea, there are plenty of comic and manga alternatives by Comixology that you can try.

With the WebComics app, you will find many unique titles created for people who love manga. It is also one of the best sites to read webtoons online. The app features a huge range of manga creators from around the world. And if you’ve ever dreamed of publishing your own manga or comics, you can also become part of the WebComics library.

You’ll find manga and comics of every possible genre, from action series to real-life horror stories. The best part is that you can talk and connect with thousands of other manga fans.

It’s one of the best options to find the manga you didn’t know you wanted and even post your own content if you know how to draw anime and manga. Moreover, you will also be able to connect with a great community.

MANGA Plus isn’t your typical manga app, but it offers the latest chapters of some of the most popular manga for free. What is special about MANGA Plus is that it is an application developed by Shueisha, the company behind Shonen Jump titles such as Naruto, My Hero Academia and Bleach.

There is good news and bad news about Manga Plus. The good news is that you can access all of its libraries for free, and you can also read the latest manga chapters as soon as they are released.

The bad news is that MANGA Plus only features the first three and last three episodes of any manga, which is great if you only want to catch the latest chapters. But if you’re late to the show, you’ll have to go elsewhere.

Nevertheless, since the app is completely free, MANGA Plus is a great place for fans to read the latest issue as soon as it’s released.

Mangamo is a fairly simple app: you download it, pay for a subscription, and you’re good to go. You get access to a library of over a thousand licensed titles, including Attack on Titan, The Seven Deadly Sins, and Fire Force. With the subscription, you will have access to all this without limits and new chapters added every day.

Another cool thing about Mangamo is that if you’re not sure you want to subscribe, you’ll get access to a chapter for free for 24 hours. This way you can get hooked before you decide to subscribe.

And if you still don’t want to pay, you can go the next day and read another chapter still for free. Plus, Mangamo has one of the best-designed apps on this list, which is always a big plus.

Read the manga, watch the anime

To you. With so many options available to read your favorite manga or discover a hidden gem, all you have to do is start reading. There are even free options you can start using to enter the world of manga digitally.

Also, once you are done, you can always go watch the anime to continue having a good time.