The annual comic and animation festival to begin 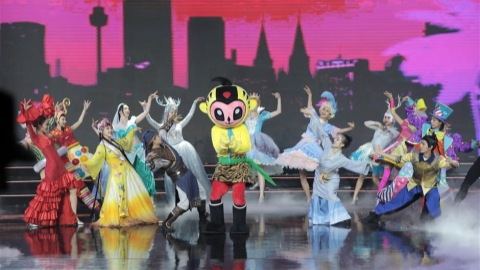 The 17th China International Cartoon and Animation Festival will open at Baima Lake Animation Plaza in Hangzhou on September 29.

As the annual carnival of national manga enthusiasts, this year CICAF will feature exhibitions, forums, a trade fair, auctions and competitions.

Lake Baima will be the main festival site supported by 10 satellite sites across the city and subordinate counties and districts. Highlights of the six-day festival include the Golden Monkey Prize, Tianyan Comic Book Competition, Cosplay Super Gala, and Seiyu Competition.

This year, the Golden Monkey Prize will select the winners from 91 entries. The popular Tianyan comic book competition has received more than 42,000 domestic and foreign entries and will feature the works of the top 10 winners of the festival.

After years of development, CICAF has become an extravaganza for lovers of cosplay and seiyu (a Japanese term for dubbing).

In addition to acting as narrators and performing voiceovers for films and television programs, seiyu actors are accustomed to voicing characters in cartoons and animated films.

The China Cartoon and Animation Museum, the first Chinese museum dedicated to this industry, opened in July. Located on the shores of Lake Baima, it will host a show of the achievements of the previous 16 years of the festival.

The CICAF was first held in 2005, supported by the Chinese government and the government of Zhejiang province. It is the world’s largest trade fair for animated films, cartoon publications, and cartoon products.

The festival is traditionally held at the end of April. Due to the COVID-19 epidemic, it first took place last year during National Day.

Sales worth 250 million yuan ($ 38.67 million) were signed in 2020. More than 1,500 cooperation agreements were made at the event. Despite the epidemic, the festival still attracted more than 2,600 companies and organizations and 5,800 exhibitors from 65 countries and regions.