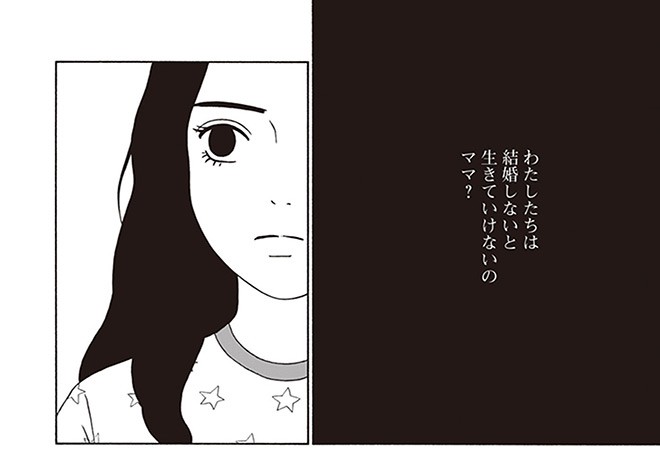 A manga depicting “silent gender discrimination” as seen by 10-year-old girls in different countries and cultures has sold so well that a third print has been ordered.

Yamaji said she chose countries the Japanese don’t know very well. She studied the cultures of the places by reading documents and other materials.

The manga shows how girls are treated unfairly in different societies and how certain roles or values ​​are imposed on them simply because of their gender.

After the book’s publication, many people on social media said they could relate to the comic book characters.

In one of the stories, a Saudi girl finds out that she is no longer allowed to play football with her male friends.

Her friend is nervous because she can’t find a husband. The girl’s mother had also told her that she would face financial difficulties if she did not marry.

“Aren’t we able to live our lives without getting married? wonders the girl.

In the story set in Morocco, an elderly woman says to a girl who loves books: “Cleaning, washing, cooking, washing dishes, sewing – these are women’s jobs.”

The young girl feels sad when she learns that the old woman was once deprived of the opportunity to learn to read and write.

Yamaji spent three times longer than usual to create this book as she took special care in showing the girls’ emotions.

“There’s no need for words if the characters’ expressions can explain things,” she said.

Readers can figure out what the girls mean just by seeing their expressions. They may also share the girls’ uncomfortable feelings or feel comforted if the girls express joy.

Yamaji said she chose 10-year-old girls as the protagonists of the stories because that’s an age at which children “can look at things innocently but also imagine the adult world to some extent.”

His previous work covered topics such as sexual assault and homosexuality.

“Onnanoko ga iru basho wa” shows a world in which women have no choice but to depend on men for their financial survival or are constantly pressured to accept certain roles in society.

Although the parameters may be different in overseas countries, similar issues faced by women exist in Japan.

These struggles in Japan are reflected in the increasing number of female suicides during the COVID-19 pandemic.

According to the government’s report on suicide prevention, the number of male suicides in 2020 fell slightly from the previous year, but female suicides increased by 15.4% over the same period.

The proportion of non-permanent employees, who are more vulnerable to the negative effects of changing economic conditions, is higher among women than among men.

The report indicates that more and more people are committing suicide because of “problems at work”.

“Onnanoko ga iru Basho wa” does not feature any obvious tragedies or happy endings. It also avoids passing judgment on discrimination in society.

Yamaji said readers themselves can determine how to interpret the stories.

“Representing raw realities or expressing direct messages is not for me,” she said.

The most popular story in the book is the one set in Japan.

Its protagonist is Marie, a fourth-year elementary school student who lives with her mother, an associate professor at a university and grandmother after her parents’ divorce.

Her grandmother, who helps Marie’s mother with the household chores, often speaks of “femininity”.

“You don’t have to excel in school because you’re a girl,” the grandmother told Marie. “Women cannot be happy if there is no sparkle in their lives, even if they are good at studying or working.”

Marie’s father speaks as if he supports the workers.

However, he wanted Marie’s mother to be an “ideal wife”, who takes care of all the household chores on her own while taking it easy on her university work.

But the story is not intended to highlight the differences of opinion between Mary’s mother and grandmother, or between her parents.

It also does not intend to show generational gaps on certain issues.

“The patriarchy determines everything (in Japan), so it was pointless to just show the divisions between people,” Yamaji explained. “Marie’s grandmother’s words express what society makes her believe, rather than her own beliefs.”

Most of the characters in the manga are female, and the stories are primarily aimed at women.

“Unless women change their way of thinking, we cannot destroy a male-oriented society,” Yamaji said, adding that women are in a better position to transmit new values.

“Overwhelmingly, more women than men are involved in raising children, so women have more influence over children,” she said.

The story set in Saudi Arabia was posted on social media and got 51,000 likes.

“I feel frustrated with reality, even though I pretend to accept it. I want to change it,” one poster read.

Another commented: “I almost cried several times reading the story because it is not far from my own experiences.

One reader wrote: “The story determined me to become someone who can say ‘no’ to all the sexism that is still hidden in everyday life.

Regarding the book’s popularity, Yamaji said, “I thought the world was more interested in feminism with the #MeToo movement, but it was a surprise that more Japanese women are now taking the issue seriously.”

At the end of the story, which takes place in Japan, Marie says of her life: “I decide.”