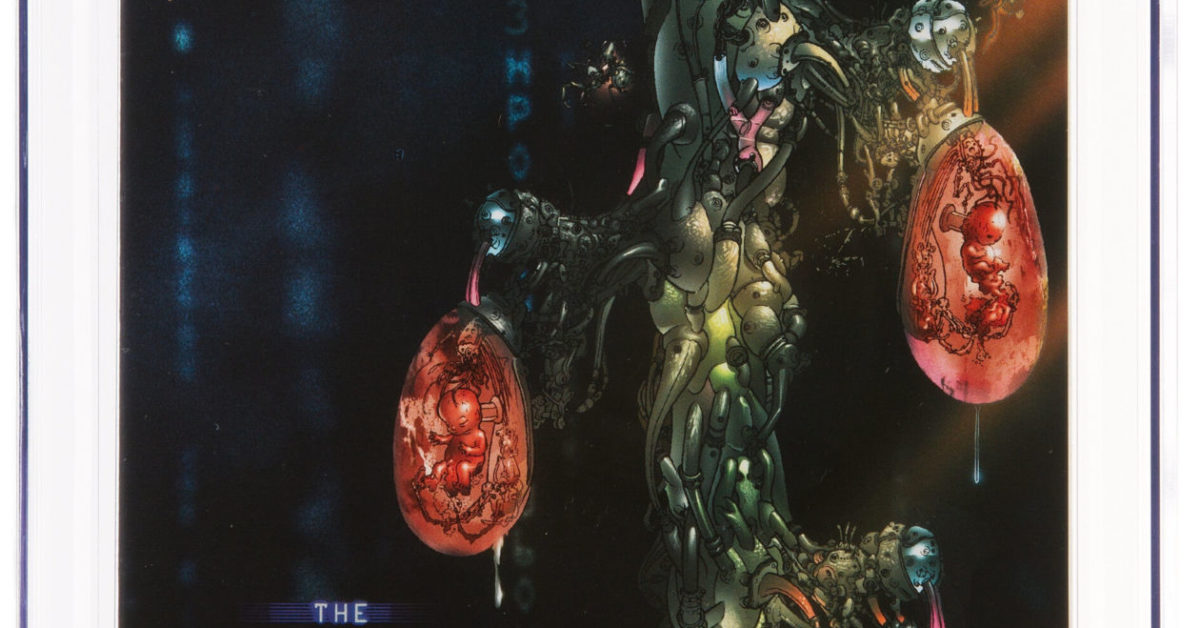 The matrix was released in theaters in 1999 and revolutionized action films and cinema in general. Warner Bros., while promoting the film, also released a preview comic in 1999 and, well, that didn’t go over well. This was supposed to be given during screenings of the film, but was recalled for “mature content”, even though the film was rated an R. Go figure. The book was supposed to have been pulped, but obviously that wasn’t the case as bidding at Heritage Auctions today is a CGC 9.8 copy of the book, one of only 387 copies on the census CGC. The new Matrix movie has sparked interest in this book, and you can see it below. It currently sits at $56 as of this writing.

Why Haven’t There Been More Matrix Comics?

“The Matrix: Comic Book Preview #nn (Warner Brothers, 1999) CGC NM/MT 9.8 blank pages. Recalled due to mature content, many of which were later pulped. (CGC’s count for the book currently totals 387 copies.) The recent publication of The Matrix Resurrections revived interest in the franchise, and copies in NM/MT 9.8 condition are now selling for up to $450. History and Art by Paul Chadwick. Mike Kalutaart. Cover by Geof Darrow. Pin-up by Bill Sienkiewicz, Ted McKeever and Aron Weisenfeld. Overstreet 2021 NM-9.2 value = $22. CGC 2/22 census: 146 in 9.8, no superior. This comic was printed specifically for American moviegoers for the film of the same title, which was rated R (“Under 17 requires the accompaniment of a parent or adult guardian”). However, the comic was “recalled due to mature content”, and most copies were believed to have been pulped (but a large number appeared to have survived).”

The Matrix should have some kind of comic book going; I’m surprised there wasn’t. Sounds like a license Dark Horse should have. Anyway, if you want this comic, head over here to get more info and make an offer. While you’re at it, check out the other books taking deals today.