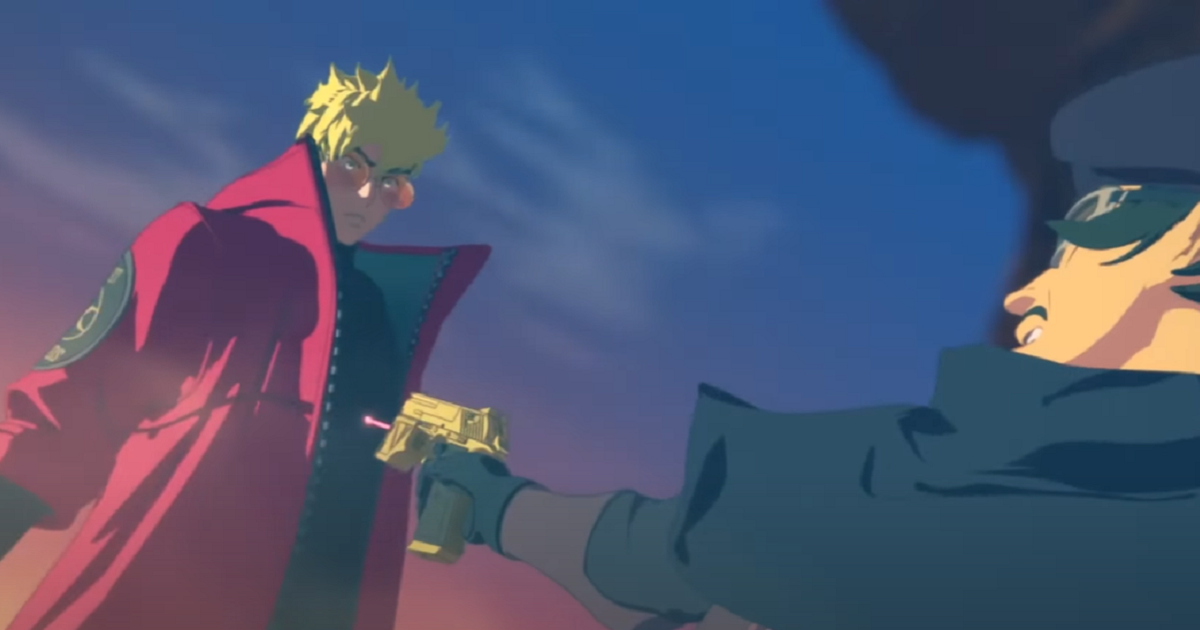 Stampede Trigun not only changed the look of Vash the Stampede, but anime studio ORANGE also changed the art style. Using computer-generated animation to bring the humanoid typhoon back to life, we had the opportunity to chat with the creators of the new series at Anime Expo, specifically asking if there were any difficulties using this new CG style. when it came to bringing Vash back the Stampede.

At this year’s Anime Expo, Trigun creator himself Yasuhiro Nightow was on hand, along with producer Kiyotaka Waki ​​and producer Katsuhiro Takei, to answer our questions regarding Vash The Stampede’s return. When our very own Megan Peters asked about the potential challenges that came with the anime’s new art style, here’s what Kiyotaka Waki ​​had to say:

“It all started with Nightow and then concept art and character concept design. However, those designs aren’t something we could use as a design for animation. So director Muto, he took time to understand and interpret the designs before real designers interpret the looks for animation.”

In addition to that question, creator Nightow took the opportunity to explain how he thought this new series would differ from the original, animated by Studio Madhouse in the late 1990s:

“So when they were developing this Trigun, I saw that they were taking things from my comic and expanding it, rearranging it, restructuring it, redesigning it, and adding depth to it. They’re trying to improve the quality of the show as well. I thought there might be a few changes, but once they took the whole series and started adapting it to film, I felt it was still Trigun. That’s Trigun. I want the fans to know that I really want them to watch this. And after watching, I think you’ll feel the same as me – that it’s also Trigun in a way.

What do you think of Trigun Stampede’s new art style from what Madhouse had produced before? Feel free to let us know in the comments or hit me up directly on Twitter @EVComedy to talk all things comics, anime, and the world of Vash The Stampede.