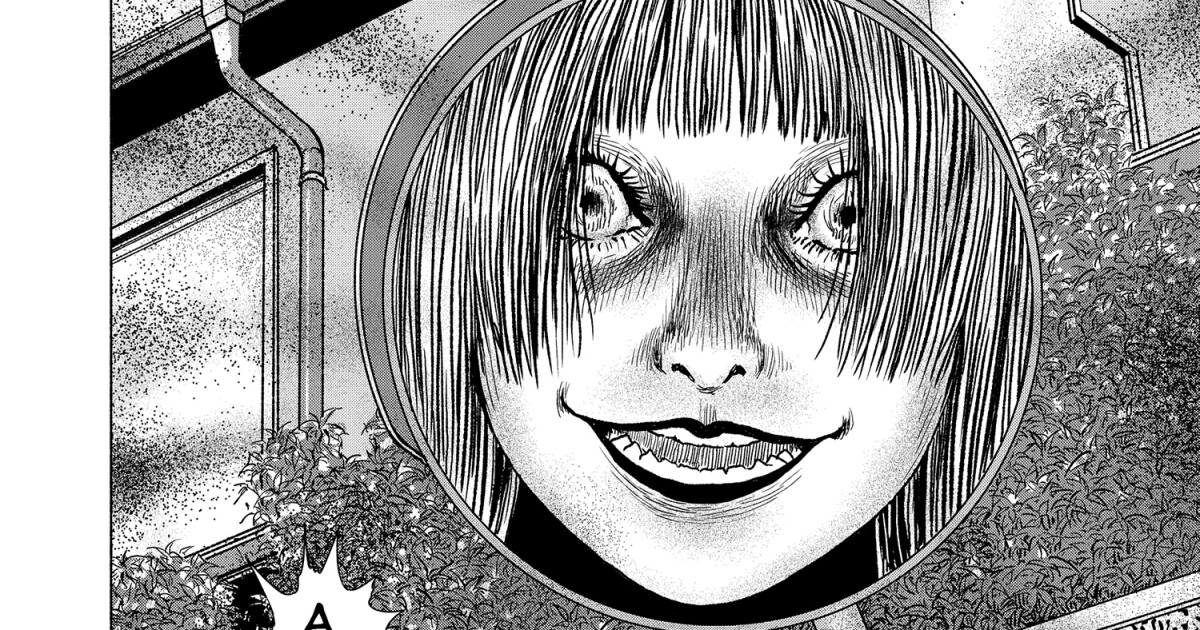 While Junji Ito has been a manga artist for nearly forty years now, it’s only been a few years since he achieved some kind of cult status in the West. His work, perhaps the most compelling and memorable of all horror manga, has been plastered on everything that can be sold in a Hot Topic, became the inspiration for an anime series and even earned him awards. Eisner Prize. In my mind, his designs, especially his creepy and detailed splash pages, live rent-free. Drawing inspiration from sources such as HP Lovecraft and Salvador Dali, you can see his obsession with pairing the mundane with the bizarre in totally original and unforgettable ways.

Seeing the twisted and macabre art of Junji Ito, it’s easy to assume that he himself is a twisted and macabre individual. But in all honesty, Junji Ito is a normal, healthy person. His wife is a children’s book designer. He has children. He has cats, one of which, to be fair, has a skull-like design on his back. In interviews, he tends to be reserved, quiet, and completely friendly. He’s just a normal guy and I think we tend to confuse artists and writers of this type of horror with mental illness. In reality, most of those behind our favorite fictional nightmares are just ordinary Joes who use their art to show deeper truths about the world at large.

Junji Ito’s stories are grounded in some form of truth. They tend towards body horror in most cases, especially the obsessive pursuit of beauty. But he also has stories about things as diverse as collecting rare records, religious devotion, and even how his adorable cats can turn into horrible biting and scratching monsters.

Horror can go wrong quite easily. Any B-movie fan knows that the attempt to scare can often backfire, turning into unintended comedy. It’s the double-edged sword of horror. When you have to take something so seriously it instills fear, it turns out to be a nerdy rubber monster, or something more than truly scary can make it hilarious instead.

This is a problem I have often encountered with Junji Ito’s work. It should be noted that while most manga artists do long stories, Ito mainly works in short stories. It has a handful of longer stories, but its daily bread is a 20-50 page standalone tale. Some of them, which will be discussed later, are absolutely terrifying. Some of them are absolutely hilarious.

Take for example, one of his most famous short stories, “The Hanging Balloons”. In it, ominous airship-like versions of people’s heads dangle toward the ground. Their goal: to hang these tiny humans who share their faces. It’s silly. There’s no real explanation behind the floating heads and it mostly functions as a dreamlike series of bizarre events. But again, it’s not so much scary as funny.

Ito himself offers some comedic parts and moments throughout his work, so he obviously has some understanding that all of his horror won’t be scary. And maybe that’s why even his silliest pieces still work. Another story, “Fashion Model”, has a filmmaker unable to erase from his memory the image of a creepy-looking model he saw in a magazine. She ends up being chosen for his film and falls in love with him. The woman, with a long face, deep-set eyes and shark teeth, acts like a normal person and is placed in these very realistic people scenes. One panel that particularly stands out is when the figures are seated in a car. Here’s a quartet of average Joes – and this very tall, very scary lady ogling the reader. Ito’s artistic ability really shines in there. He can draw beautiful women, fantastic backgrounds, very detailed people. But then he can draw gruesome creatures with the same level of detail.

This means that even his less scary works or duds still have visuals that will stick with you. Floating heads are not scary, but you certainly won’t forget it. Same with the fashion model.

But it’s not just his excellent art that makes his manga shine. It’s his masterful understanding of the suspense that accompanies a turn of the page.

It’s something very unique to comics. Films can have this slow buildup with a cut or pan to reveal the subject of terror. Ito uses increasingly expressive and generally smaller panels to show this emotion, with the last indicating that there is something on the next page that will cause the reader to panic.

And that page turn is the best part of reading an Ito story. What will be revealed? What will his twisted mind produce in this home page? Ito showed off his process and the hours and hours he puts into a single page like this. While each panel of his work is dripping with detail (and dripping can sometimes be an apt description), these starter pages are exquisite.

Let’s take a quick look at some of his best-known works, a kind of introduction for new readers to the major titles that have woven themselves into pop culture.

In “GYO,” an experiment during World War II has modern consequences as sea creatures burst onto land, carried on spider-like legs powered by the animal’s gases. It’s gross and bizarre and ultimately more funny than horrifying. Of his three best-known long works, this is my least favorite.

“Uzumaki” focuses on the fear of spirals. People are wrapped in spirals, heads become like holes, and even hair floats in the air and swirls around itself. Containing some of Ito’s most iconic art and terrifying imagery, “Uzumaki” is a grand story that takes a simple spiral and turns it into a nightmarish descent into an Escher-esque hellscape.

His most enduring character can be found in the “Tomie” collection. The face of the gorgeous young woman hides a monster inside. Through stories spanning much of Ito’s career, she terrorizes both men and women, showcasing many monstrous abilities and forms. Of all the collections available to English-speaking audiences, this is my favorite.

As Halloween approaches, it’s a great time to pick up one of Ito’s collections or longer stories and see all the author has to offer. One of the best manga artists of our time, even if you don’t enjoy his stories you will still find a lot to like in his art.

Junji Ito’s work discussed in this article is available through VIZ.
VIZ provided volumes for review.

——-
Sean Newgent is a producer for KGUN 9. Sean graduated from Illinois State University with a degree in broadcast journalism. While at ISU, Sean wrote film reviews for the newspaper, anchored and produced student newscasts, and was nominated for a student Emmy for broadcast film reviews. Share your story ideas and important issues with Sean via email [email protected] or by connecting to Twitter.