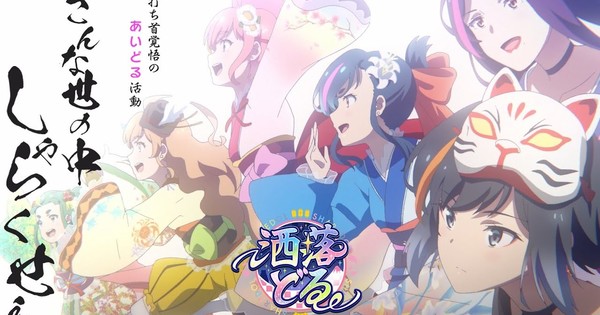 Companies describe the IP with the theme “Edo x Idol”. Sharedol is a work that combines two ideas selected from 15 proposed concepts. The story is set in the Kansei era, Edo era in Japan, and the Kansei reforms of Matsudaira Sadanobu restricted entertainment for the people. A group of girls with their own worries have thoughts that “pop off like idols.” These Edo period girls wear idol costumes in a “Neo Edo” world that combines cultures from the modern Kansei and Reiwa eras.

The official Twitter of the project Account will reveal more details about the world and characters in the future. The staff will also consider fan reaction as they move forward.

The project is being developed with the following elements in mind: changes in media and distribution broadcast via the Internet, the need for human resource development for young producers who will lead the next generation, and the need for small starts and co-created with fans in original IP.

Toei released their full five-minute animated short URVAN to Youtube in February. Animation Toei‘s PEROs produced the film. The short was originally scheduled to debut in late January, but was delayed due to COVID-19.

URVAN won the silver award in the Technological Innovation category at the inaugural Kyoto Animonozukuri Awards in September.