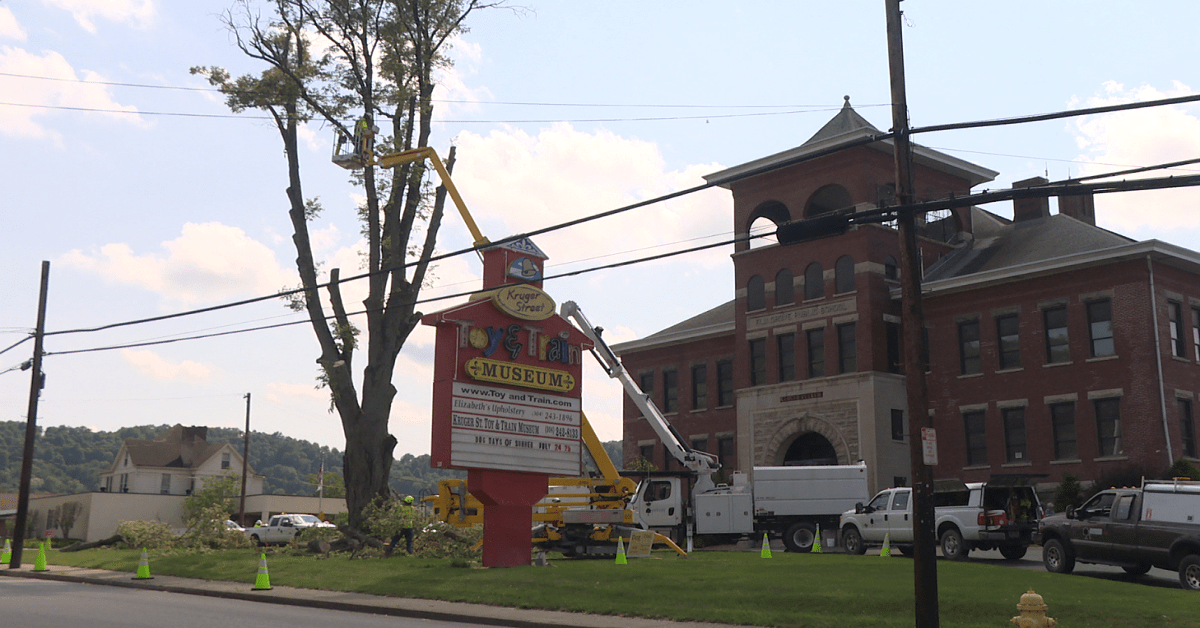 OHIO COUNTY, W.Va. (WTRF) – A 116-year-old tree outside the Kruger Street Toy and Train Museum recently had to be removed, due to termites.

This particular tree was special. Not only is it over a century old, but it was one of three special lime trees brought over from Germany, and it was the last of the trees to survive. Thousands of children played under this tree when the museum was a school, and it served as a centerpiece for the museum, so they were very sad to see it disappear.

But when the tree was removed, they discovered something remarkable from the past.

“They found several toys that were inside the tree, it was kind of embedded in the tree. And we were able to detach them so we could keep them. They’re from 1955, a toy soldier and a horse, which we are told the horse is quite rare, so that’s quite exciting, but they were a bit worn, but otherwise were a great reminder of the tree and the way the children played underneath.

The toys were made by The Louis Marx and Company, which once had a manufacturing facility in Glen Dale, West Virginia. Other vintage Marx toys are on display at the museum.