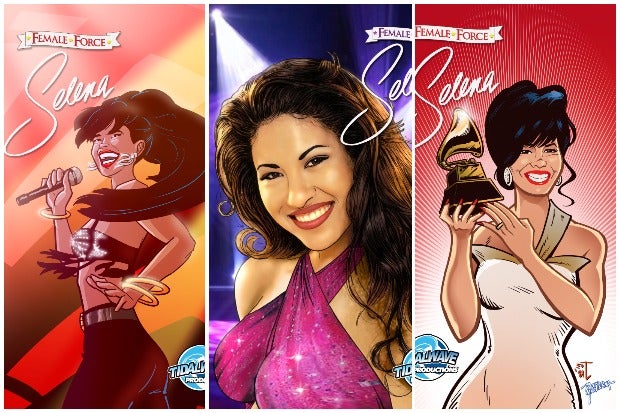 Selena, the interpreter of Tejano who was killed in 1995, will star in an American comic book that will debut later this month.

The pop icon, whose birth name was Selena Quintanilla-Perez, will be the focus of â€œFemale Force: Selena,â€ a comic book in English and Spanish released by TidalWave Comics on August 11.

â€œSo much has been said about Selena. I wanted to tell her story by bringing something new to it. I hope readers and her fans will appreciate what we’ve put together,â€ said Michael Frizell, screenwriter of the comic.

The book is part of a series focused on women making global impact.

Sometimes referred to as the Mexican Madonna or Queen of Tejano, Texas-born Selena died on March 31, 1995, when she was gunned down by her fan club founder.

The hottest entertainment news straight to your inbox