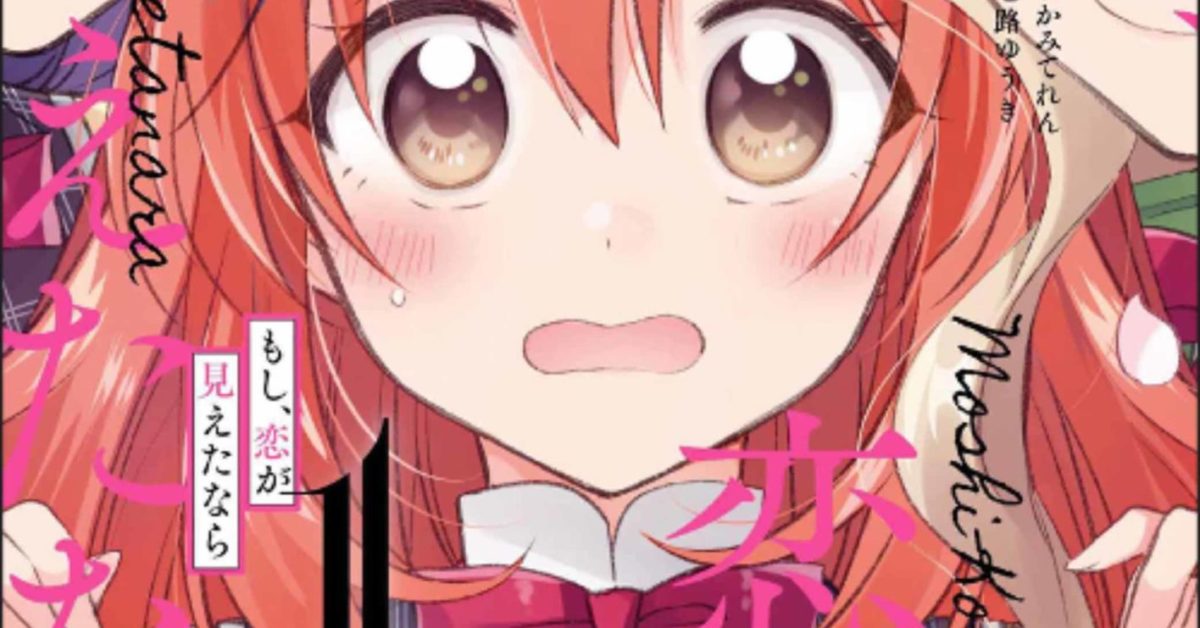 Yen Press has announced six upcoming titles that include manga (In the land of Leadale) and light novels (I have a cheating skill in another world; The magical revolution of the reincarnated princess and the young genius woman; Ichoura; and Another 2001), all slated for release in March 2022. Additionally, Yen Press announced If you could see the love, a digital exclusive manga release slated to debut in October 2021.

If you could see the love (digital exclusive)

Mei Haruno was born with the awkward ability to be able to see pink arrows indicating who people were in love with. To escape, she chooses to enroll in a girls’ boarding school in the hope of never being in a love affair againâ€¦ to discover not one but two arrows pointing straight at her!

In the land of Leadale (manga)

Keina Kagami’s life ended when a power failure caused her life support system to failâ€¦ and so begins her new life two centuries later in the world of her favorite VRMMORPG, Leadale. She is now Cayna, her high elf gaming avatar, and several things about this version of Leadale are familiar: her abundant nature, clear blue sky, and even some of the NPCs she created. But the question remains: what has happened in the last two hundred years …?

I have a cheating skill in another world

A door to another world opens before a boy who has been brutally harassed his entire life. This alternate reality gives him access to all kinds of things, like cheat skills and a portal that allows him to travel between his old and the new world! Can this class loser change his life at homeâ€¦?

Despite her alleged ineptitude with ordinary magic, Princess Annisphia

defies the expectations of the aristocracy by developing “magicology”, a unique magical theory based on memories of his past life. One day, she sees the brilliant noble Euphilia being unfairly stripped of her title as the kingdom’s next monarch. That’s when Annisphia concocts a plan to help Euphilia regain her reputation, which somehow involves them living together and researching magic! These two ladies do not know, however, that their fortuitous meeting will change not only their own future but that of the kingdomâ€¦ and of the whole world!

The magical revolution of the reincarnated princess and the young genius woman provides fans of light novels and yuri with everything they are looking for in a great series: adventure, comedy and, of course, cute girls love romance! Today’s market has a lot of appetite for light yuri novels, as evidenced by the success of Yen On’s The executioner and his way of life.

In a world where the Demon King is dead, a multitude of demigods capable of bringing him down have inherited the world: a master swordsman who knows how to take out his opponent with a single glance; a lancer so fast that he can break through the sound barrier; a Wyvern Thief who fights with three legendary weapons at once; an all-powerful sorcerer who can bring thoughts to life; and an angelic assassin who inflicts instant death. Eager to achieve the title of “One True Hero”, these champions each pursue challenges against formidable enemies and initiate conflicts themselves. The battle to determine the most powerful of the powerful begins.

Ichoura, a rising star in the world of light novels, is a story of epic proportions, which involves a battle between several almighty fighters. With a unique premise unlike anything that has been published in English in recent years, Ichoura is extremely appealing to fans of light novels looking for a great read.

It has been three years since the 1998 calamity that claimed the lives of many students in grade 3-3 at Yomiyama North Middle School. After being placed in the cursed class, Sou Hiratsuka will have to work alongside 1998 class survivor Mei Misaki in order to avoid another disaster. But as mysterious accidents and deaths pile up despite their countermeasures, the couple will be forced to reckon with Yomiyama North’s deepest mysteries …

Another 2001 is the highly anticipated sequel to Yukito Ayatsuji’s series of novels Another, the fascinating and iconic horror story of Yen On. Another is one of the most famous horror works in the world of light novels, manga and cartoons and is a must read for the many fans who have discovered the series as the genre has grown into one of the most valued by the industry.