Yoshiyuki Tomino: “Japan is no longer a leader in animation” – Interest 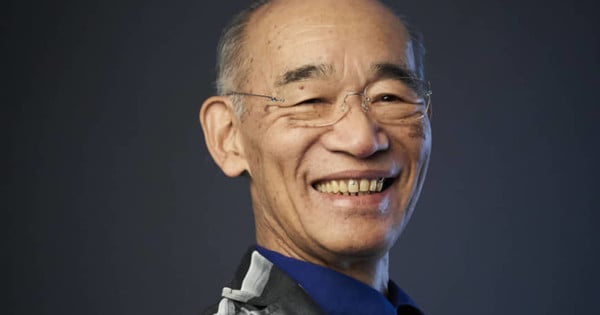 The Hokkaido-based news site Real economy reported on Monday that Gundam Creator Yoshiyuki Tomino spoke at the Hokkaido Museum of Modern Art for the “World of Yoshiyuki Tomino“, which will take place in Sapporo from October 17 to January 23. There, he praised the designers born in Hokkaido with whom he has worked, such as Yoshikazu Yasuhiko (Mobile Suit Gundam), Tomonori Kogawa (Space Runaway Idéon), and Akira Yasuda (Turn a Gundam). However, he also spoke about the challenges of Japan’s creative environment today, warning that “Japan is no longer a leader in animation.”

“As digital techniques evolve, I feel the position of the animation industry will become precarious,” he said, pointing to high-quality animations in music videos as an example of progress. technological. “As someone in the anime industry, it bothers me that they’ve gone so far that they can even do animation. But it also shows how, by using digital animation, even a only individual can create a satisfying package. The question is, how should Japanese anime production, which deals with series and story-driven works, view these developments?

He says he perceives a certain indifference to Sunrise towards these innovations, and that he believes he and the studio have a responsibility to proactively seek out new talent. However, on a fundamental level, he hopes that the workflow can evolve to such a degree that the opinions of old men like him will no longer be needed to get things done. He also hopes that the digital generation can in turn embrace the studios’ teamwork environments to create things that aren’t just personal projects, but can also be considered “open entertainment” by the public. .

Tomino went on to point out the rapid developments in animation in Beijing, saying that “they are developing very polished commercial entertainment works.” He said anime enthusiasts who attended his lectures at Peking University 10 years ago are now working as professionals in the current Chinese animation industry. “What’s scary is that even intellectuals from renowned universities like Peking University have entered the anime world.”

Furthermore, he claimed that the Chinese government supports its domestic animation industry quite strongly as part of its state policy. He said that in comparison, Japanese politicians act as if they “are stuck 30 or 40 years in the past”.

“There is a danger that if Japan continues to make anime focusing only on the business angle, we will suffer a complete defeat from the guys in Beijing,” he warned. “But I don’t intend to throw a bone at those guys who came to my conference. I don’t want to lose. Still, I want you all to know that Japan is no longer a leader in the animation. Despite this, the media and the business world are not aware of it.”

Tomino created and produced the Mobile Suit Gundam anime in 1979. It debuted at Osamu Tezukait is Mushi production where he worked on Astro Boy television anime.